Social
Outer BanksHatterasThings To DoThings to Do in Hatteras: Lighthouses
content_993_1

Things to Do in Hatteras: Lighthouses

If any one thing represents all of Hatteras Island, it has to be the famous black-and-white, spiral-striped Cape Hatteras Lighthouse. The lighthouse has become the icon of the island, representing the hopeful, stalwart, survivalist attitude that is so pervasive among the people of Hatteras. This is one of the most famous lighthouses in the nation, especially since it survived a controversial, precarious move in 1999....  END_OF_DOCUMENT_TOKEN_TO_BE_REPLACED

The first national seashore in the country, Cape Hatteras National Seashore stretches more than 70 miles along parts of three islands: Bodie Island (just south of Nags Head), Hatteras Island and Ocracoke Island. It is a place for recreation, immersion in nature and inspiration for humans as well as a safe haven for a variety of wildlife. The beautiful barrier island environment is a place...  END_OF_DOCUMENT_TOKEN_TO_BE_REPLACED

The National Park Service’s Hatteras Island Visitor Center is located at the Cape Hatteras Lighthouse site. Maps, informational brochures and the park newspaper are available here, and staff can answer any questions you have about visiting Cape Hatteras National Seashore. Lots of parking and restrooms are on site. There’s also a bookstore with gifts. Inquire at the Visitor Center about the ranger-led history and nature...  END_OF_DOCUMENT_TOKEN_TO_BE_REPLACED 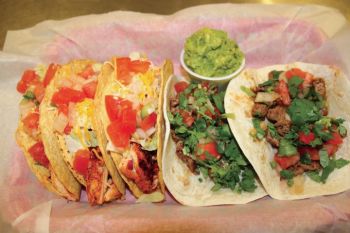