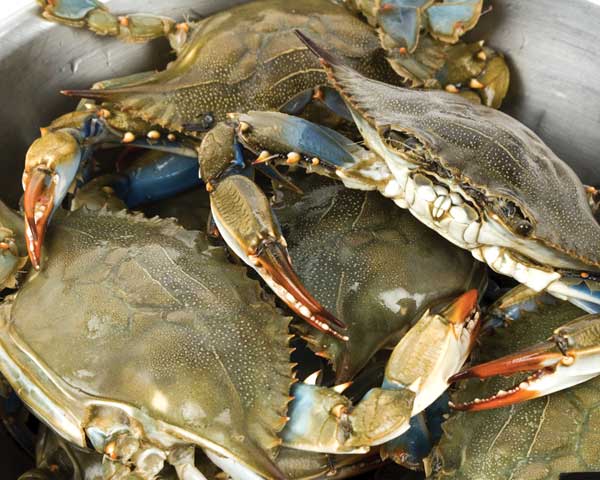 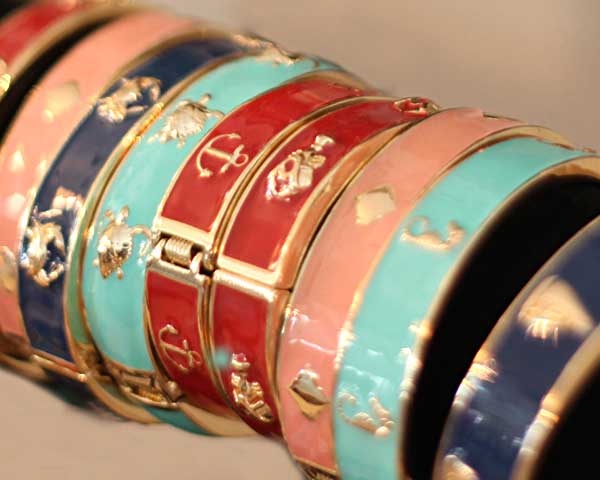 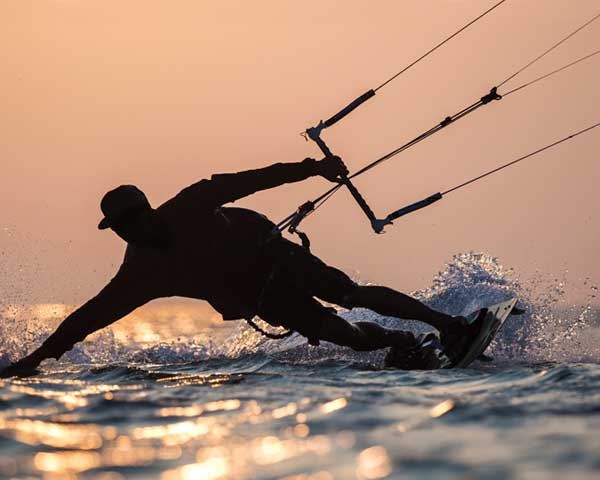 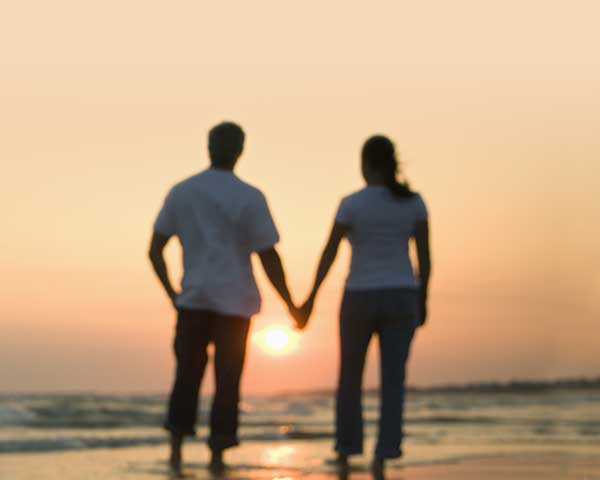 Hatteras Island is the perfect combination of natural world and vacation world. If you love being outdoors and in nature, you will love it on Hatteras Island. It feels like a real island retreat. Its vibe is much different from the northern Outer Banks even though it has many of the same vacation offerings. But Hatteras Island on the whole has a much more laid-back attitude, probably due to its popularity with outdoorsy types and the water sports crowd. It’s more relaxed, a little simpler and definitely slower paced.

For the sake of visitors who don't know the area well and who might get confused in hearing locals name the area, the entire island is known as Hatteras Island, but there's also a town at the southern tip called Hatteras. Locals often refer to the entire island as simply Hatteras and to the town as Hatteras Village, though that's not the official name. To add to the confusion, some still call the entire area Cape Hatteras, but that name technically belongs to the point at the elbow-bend in the island at Buxton. (Because of its far-eastern extension into the Atlantic, the Cape is at the highest risk for hurricane winds and waves of any place on the eastern United States coast.)

The island's first inhabitants were the Croatoan Indians, and historically this area was known as Croatoan Island. Its historic name was memorialized by a carving in a tree left by the so-called Lost Colonists indicating where they had gone when they left their fort on Roanoke Island. This story is told each summer in the outdoor drama, The Lost Colony.

Hatteras Island has been known for its boat building, offshore fishing and surfing, the last two of which still bring thousands of visitors each year.

The island as a whole has been greatly impacted in recent years by hurricanes and nor'easters that have damaged the main road through the island, N.C. Highway 12, that sometimes make the road unpassable for days. The new bridge being built to replace the Bonner Bridge over Oregon Inlet (set to open in the fall of 2018) will help alleviate some of this burden since it will eventually bypass (phase II) one of the worst-hit sections.

Hatteras Island Things to Do

As we said, surfing and offshore charter fishing have historically been two of the most popular Hatteras things to do. Today, the island is still known as a surfer's paradise. The offshore charter fishing industry started on Hatteras Island and is one of the most important draws for the area still. While there used to be only a handful of boats taking anglers out to the Gulf Stream, today there are several hundred. Hatteras offshore boats are popular because the run time to the Gulf Stream is a couple of hours shorter than those from Wanchese marinas or Pirate's Cove in Manteo. Over the past 10 years, a new sport – kiteboarding – has started rivaling surfing as the most popular water sport. On many summer days, the sound waters are ablaze with a tapestry of colorful kites, and several businesses provides lessons, rentals and even accommodations to the enthusiasts of the sport. Other popular Hatteras Island things to do are wind surfing, birding, paddling, camping, scuba diving and the enjoying the expansive beaches. Mild temperatures for about nine months of the year provide the backdrop for Hatteras Island to be an almost year-round playground, and the abundant and accessible ocean and sound beaches and numerous outfitters put you right in the action.

Of course, the fact that about 75 percent of Hatteras Island is in its nearly natural barrier island state thanks to Cape Hatteras National Seashore and Pea Island National Wildlife Refuge, impressive sand dunes, wide beaches, thick maritime forest and vast marshlands plays a big role in this outdoor, eco-friendly orientation. Taking part in the world famous Hatteras fishing is front and center of what people, locals and visitors alike, do here to be happy.

Hatteras Island attractions are connected to the roots of the island’s history, which includes shipwrecks and the lighthouse that tried to warn them off, the Native Americans who loved this land first and the industry that grew around fishing. The wild, undeveloped shoreline, dotted by seven small villages is also an attractions since many visitors have never experienced a 42-mile stretch of oceanfront that is 98% undeveloped.

All that outdoor activity tends to build appetites, and luckily there are plenty of Hatteras restaurants to appease the savage stomach. Ranging from upscale but casual to as casual as it gets, area eateries offer up plenty of local, fresh seafood for sure, but you’ll find BBQ, great pizza and Italian, Asian, respectable coffee shops and bakeries, cool burger shacks and plenty more to boot. Note that Hatteras Island restaurants are allowed to serve mixed drinks, but not all choose to. Some still only serve beer and wine. Reservations are not accepted in most island restaurants, but neither is the wait that long even in summer. If you're traveling with an entourage and would like to be seated all together, we suggest that you call the restaurant in advance to let them know.

You might think a nature-oriented place wouldn’t be too interested in the shopping scene, but that idea is proven wrong here. Hatteras Island shopping is varied and fun. There are several clothing boutiques that women from "up north” (we mean the Nags Head area) make regular trips to. And some of the art galleries are equally as popular. In between there are wine and spice stores, well-stocked markets, fabulous tackle shops, cool surf shops, gift shops with honestly good stuff, an amazing bookstore, sports outfitters, craft galleries . . . really, more than you could cover in a vacation.

Hatteras Island Hotels and Other Accommodations

The island’s seven villages cater to visitors with Hatteras hotels and motels that will suit any need – top end to a fisherman’s retreat. Recent years have brought luxury condos into the scene, and Hatteras Island is also where you'll find the largest concentration of campgrounds. Some of these camping places are basic, but some offer lots of amenities such as pools, rec halls, organized activities, well-equipped bathhouses and more. Here, too, is where you'll find a lot of the cool, older, iconic motels that, more and more, are disappearing from the northern Outer Banks accommodations scene. Most of these Hatteras Island hotels and other types of properties offer plenty of modern-day niceties such as free WiFi, flat-screen TVs with a plethora of channels and coffee service. As you might imagine, most these places book up pretty quickly, so get your reservations for summer early in the year.

Hatteras vacation rental companies represent vacation homes from the luxurious to the simple. As with the hotels and motels, the variety in the types of homes you can rent here is quite large. If you want a simple fisherman's cottage without all the bells and whistles (and without the huge price tag), you can find that here on Hatteras Island. But, if you're looking for an oceanfront mansion large enough for several families and packed with extras, you can find that too.

If you're planning a Hatteras wedding (as hundreds of couples do every year), ask your rental company if they have special event vacation homes. Destination weddings are popular here, and you'll find many companies that specialize in helping you pull off your wedding from afar.

How is Hatteras Island different from the northern towns such as Nags Head?

Hatteras Island has changed a lot in the four decades since it was connected by bridge to the northern Outer Banks. In that time, visitation has steadily increased so that the island economy is now almost entirely centered on tourism dollars. But the most dramatic changes on Hatteras Island have really occurred in the last 15 or so years as developers have scooped up the last remaining island properties and built new, luxury rental homes, luring more tourists who in turn require more amenities like shopping centers, restaurants and things to do. That said, the feeling on Hatteras Island is still more like the Outer Banks of old – less busy, more centered on the environment and the activities that spring from it.

If I want to visit Hatteras Island sometime other than summer, are businesses open?

Like its northern neighbors, the shoulder seasons of spring and fall have become more popular on Hatteras Island. Fall, especially, is a popular time for visitors since the fishing is so good and the weather is, for the most part, still pretty temperate until at least Thanksgiving. Many businesses stay open year round to serve the locals, so you will always have choices with dining out and shopping. Some of the most popular water sports outfitters take a break during the colder months simply because most people don't want to be wet when it's in the 40s outside! But most places open up by Easter each year.

Are you allowed to drive on the beach on Hatteras Island?

Yes, you can drive on the beach, but there are areas that the National Park Service (who manages the beaches on Hatteras Island) closes to vehicle traffic during certain times of the year to protect nesting birds and turtles. It's also required that you purchase a permit, which are available at offices at Bodie Island and at the Hatteras Island Visitor Center in Buxton or online. Off-road vehicle ramps are found all along N.C. Highway 12 that runs through the island. The soft and deep sand here can be a challenge even for experienced sand drivers.

We hear bird-watching is big on Hatteras Island, right?

Hatteras Island is one of the best birding spots on the East Coast. It's on the Atlantic Flyway, the migratory route that most birds take going north and south, and because of the miles of undeveloped shoreline, it's a favored spot for a rest. The National Park Service leads bird walks in season, and there are designated trails for birders who come on their own.

A History of Ocracoke Island

Ocracoke Island is the most remote inhabited... Read Article

Outer Banks Things to Do: Scenes of Solitude & Places of Peace

For many of us, our day-to-day lives are filled... Read Article

END_OF_DOCUMENT_TOKEN_TO_BE_REPLACED

Outer Banks Giveaways
There are no active giveaways at this time. Please check back later.